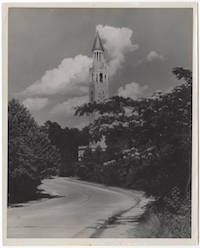 By the early 1970s, a housing pattern developed on the campus in which a majority of Black students lived on the South Campus and a majority of white students lived on the North Campus. South Road, which divides the two sections of the campus, was described by many students through the following decades as the “the Mason-Dixon line of UNC,” and an unofficial marker of campus segregation.