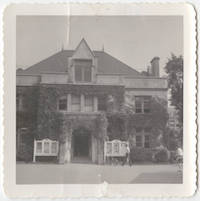 The Campus Y has served since the 1970s as a social justice hub in the Division of Student Affairs. The Y, which consists of many different student organizations, including the Student Environmental Action Coalition, has traditionally been a space for white-led campus justice movements, and has been viewed by many Black students over the decades as unwelcoming. However, the Campus Y and its leadership have served occasionally as crucial supporters for Black-led movements, including the BCC and housekeepers movements of the early 1990s.