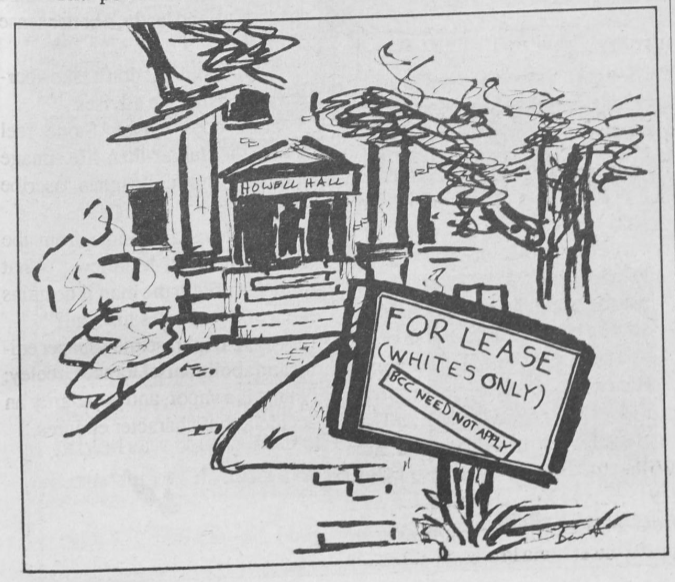 Even before the opening of the Black Cultural Center in 1988 in a temporary space, BCC supporters sought a permanent location for the center. Though the recently-emptied Howell Hall seemed to be a perfect location for the BCC for both University’s administrators and the staff of the BCC, when Chancellor Paul Hardin met with the BCC planning committee on February 7, 1990, he refused to make promises about the future of Howell Hall. The BCC remained in its “temporary” space until 2004.